We had an exciting Friday night at the HepCat Store. Me and Rob had turned out the lights and were ready to head home when a socket by the door suddenly burst into flames. Part of the plug was stuck in the socket and it all felt a little risky... so we made some frantic calls and got our friend and electrician Martin to come and help us out. 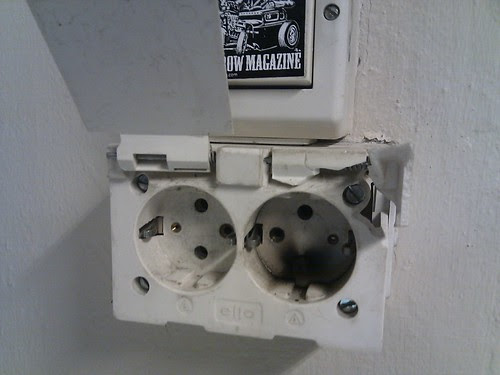 This ain't how it's supposed to look. 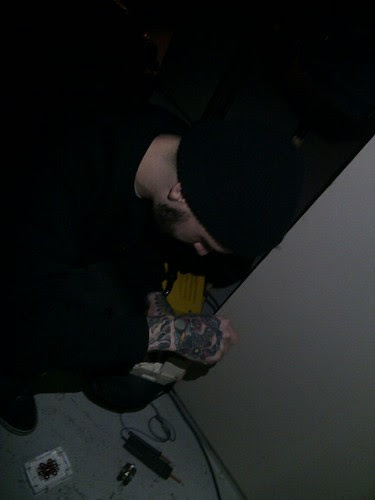 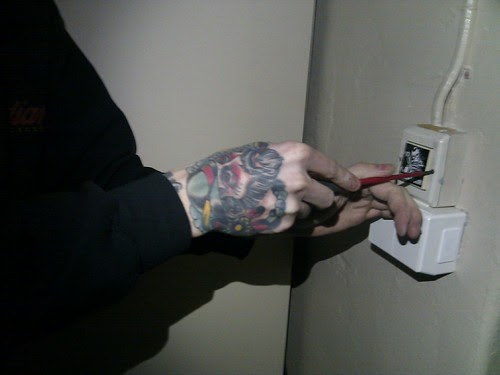 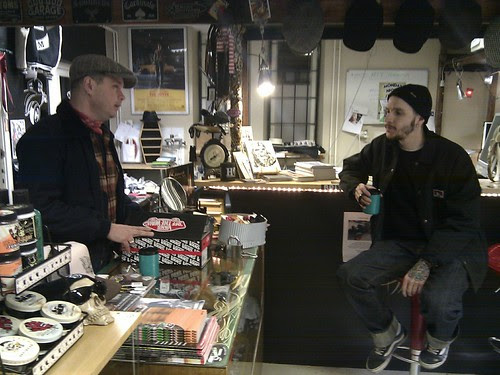 Chillin' with a well-deserved cup of coffee.
Turns out a power strip was the culprit... the heating fan is plugged in at the other end and Rob pulled the plug while the heating fan was still running. That probably what caused the power strip to overload and the plug to go up in flames. Why does things like this always happen on a Friday night?
Upplagd av punk in writing kl. 11:14 PM

HepCat Store is our home, rock n roll is our game. We're the heart of retro culture in Southern Sweden and run a store, a record label, give lindy hop classes, put on shows, clubs and art happenings.
Our house, aka the garage, used to be the ambulance garage at Saint Lars insane asylum. To us it feels like home.

This blog is run by the staff at HepTown, HepCat Store and Heptown Records.